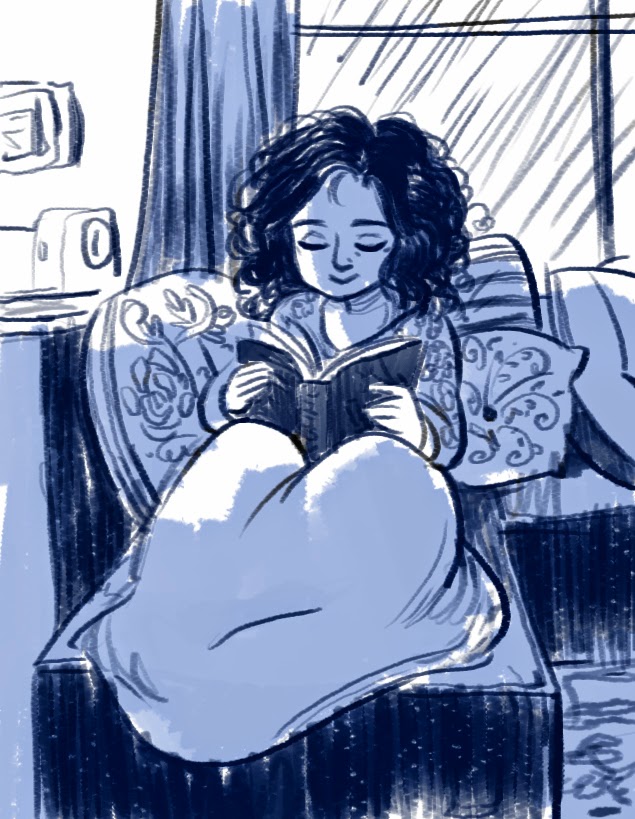 I’m now going to leave you because it stopped raining. And I’m going to go drink a spinach smoothie. Just add lime. It’s much better that way.
Posted by -fabi- at 1:03 PM

I have to offer my 2 cents. If you decide to go the rhinoplasty route, your kids will most definitely, without a doubt expect one too. My opinion is that there is nothing, absolutely nothing wrong with your nose.

pax et bonum! always such an edifying thing to read your blog and see your artwork. this friar is a big fan of yours. :)

Fabiola! I saw your book at a Daughter's of Saint Paul book store and fell in love with your art. I'm now making it my personal job to bless Pinterest with your glory to God. I found your blog and I'm just loving it! As a fellow single Princess Warrior, I find your look on your life refreshing. My dream is to become also to become a saint and to become a excellent fictional novelist. Please pray for that - I know Jesus can do a lot if I let him in. ;) I'm praying for your dream! Peace and Love of Our Lady,
Your sister in Christ,
Emily