It feels like I've been gone at least two months, but I'm reminded that in reality it was only two weeks unless I entered into some time-warp thing which is entirely possible. I realize that some of you reading this might be stumped by some Catholic lingo here and there but not to worry! I will translate as I did for many of my non-spanish speaking friends while in Spain.

Let's begin with the first obscure word: World Youth Day. World Youth Day began about 25 years ago when John Paul II called youth from all over the world to come together to meet with him and celebrate Jesus Christ. It's not really a "day" it more like a "week" with the festivities, prayer and other events culminating in a mass celebrated by the Pope.

This is my favorite video showing the World Youth Days throughout the years. I've tagged it a million times before but if you haven't seen it you should because it'll be a good basis to begin my personal experiences at my first WYD.


I have always deeply regretted not going to World Youth Day when Pope John Paul II was alive, he was my childhood Papa and his constant witness continues to be a source of strength in my faith life.

Pope Benedict XVI has been attacked mercilessly throughout his papacy, and although the Pope is not above criticism by any means, he is also JPII's successor; a tougher act to follow I have never seen. Quiet, unattractive Benedict does not gather the same sympathies the charismatic and handsome John Paul did. And yet these two were very good friends and Papa Beni rallied 1. 5 million youths this past week in Madrid. I was one of them. Best freaking time of my life. 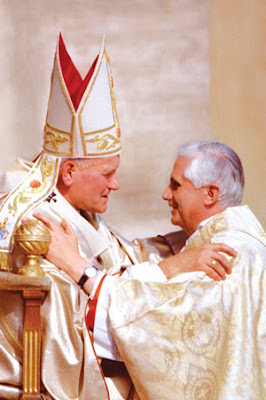 I'll break up my trip into four parts:

Must Sleep. Curse you Jetlag.