A Palette of Things

You know, the thing about being employed by legit companies is that they never let you show anything. It's like there is this library of accumulated work that no one is allowed to visit. However, a while back I did create some backgrounds for the "Mr. Potato Head Play & Create" game published by Callaway Digital Arts that are simple, but at least you are seeing some color on the screen. A bunch more aren't officially available yet so one day you may see them. 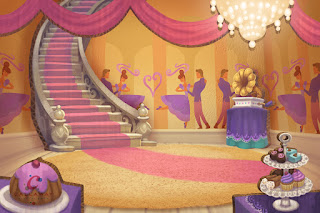 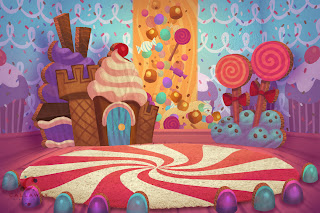 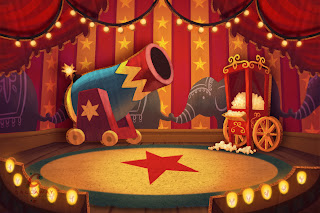 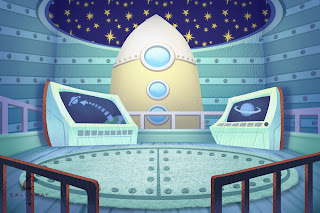 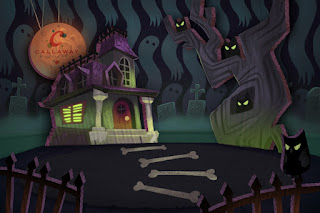 I can't wait until I can show the background concepts I've been doing for a Tinkerbell game! I'm learning so much! I don't think I'll ever be able to show the drawings I do for Hasbro, which is a shame, but if the toys of the concepts ever come out they will definitely be found here. Yay! 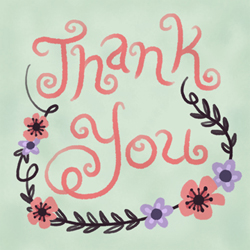 I'm so very grateful to all the people who have made the last few weeks a beautiful and joyful whirlwind. 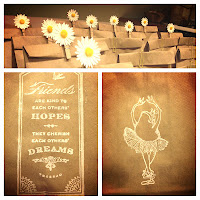 These are the highly involved party bags I made.
And it paid off because I was called a hobbit for giving presents at my birthday.

My friend, Irene drew me a lovely card. Visit her website here :) 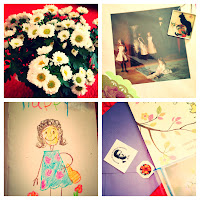 And a big shout out and thanks to BrandonVogt, for not only contributing to the last post, but for finding me a whole list of people who are willing to endorse my book.

~
I had this whole big plan for a birthday post with twenty-six super quotes, but it did not happen, so here are only six, and I feel like I'm sort of six sometimes so that works.


- 1 -
"You are seeking for secret ways of belonging to God, but there is only one: making use of whatever he offers you" - Jean-Pierre de Caussade

"Your objective is to receive grace now so that you can receive glory later, or even more simply put, to cooperate with God in his work to save your soul." - Andreas Widmer, The Pope and the CEO

"If we go astray at the beginning and want the Lord to do our will and to lead us as our fancy dictates, how can this building possibly have a firm foundation?" - St. Theresa of Avila, Interior Castle

"Men and women are on a journey of discovery which is humanly unstoppable–a search for the truth and a search for a person to whom they might entrust themselves."- Pope John Paul II, Fides et Ratio

"You are ambitious: for knowledge... for leadership. You want to be daring. Good. Fine. But let it be for Christ, for Love." - St. Josemaria Escriva

Life is a fight, but the fight is fixed. 'His kingdom cannot fail.' " - Peter Kreeft
~

Have a lovely week!

So remember the time everyone thought Pope Benedict XVI said it was okay to use condoms if you were like a male prostitute with AIDS? (Not what he meant guys!) Well, an article has been going around about Pope Francis. Here is the link below if you haven't seen it yet and below that is a very congent response from Brandon Vogt.


"I was thrilled to hear the Pope's remarks, which were simply a reiteration of traditional Church teaching, but I'm afraid most HuffPost and reddit commenters have misinterpreted them. The Pope is not saying that "All people are saved." What he's saying is that all people were redeemed by the blood of Christ since Christ's one sacrifice was for all (cf. 2 Corinthians 5:15 and 1 Peter 3:18.)

However in Catholic thought, Christ's redemptive act on the Cross is not the same thing as salvation. Salvation comes when we accept that redemption. Christ died for your sins, but you must accept that free gift by believing in him--accepting his proposal of love and following him with your life.

The key Church teaching in this regard is paragraph 16 of Vatican II's "Lumen Gentium":

"Those also can attain to salvation who through no fault of their own do not know the Gospel of Christ or His Church, yet sincerely seek God and moved by grace strive by their deeds to do His will as it is known to them through the dictates of conscience. Nor does Divine Providence deny the helps necessary for salvation to those who, without blame on their part, have not yet arrived at an explicit knowledge of God and with His grace strive to live a good life. Whatever good or truth is found amongst them is looked upon by the Church as a preparation for the Gospel. She knows that it is given by Him who enlightens all men so that they may finally have life.

But often men, deceived by the Evil One, have become vain in their reasonings and have exchanged the truth of God for a lie, serving the creature rather than the Creator. Or some there are who, living and dying in this world without God, are exposed to final despair. Wherefore to promote the glory of God and procure the salvation of all of these, and mindful of the command of the Lord, "Preach the Gospel to every creature", the Church fosters the missions with care and attention." "

And then he added, for the sake of clarity the following...

"Suppose you destroyed your friend's car causing $10,000 in damage. You're taken to court, and the judge sentences you to 10 years in prison for the crime. But then I burst in and tell the judge, "My name is Brandon Vogt. I'm Fabi's friend, and I want to pay for her deeds. Whatever it costs to fix the car, whatever it costs to make things right, I'll pay it." The judge agrees.

Now even though I offer to pay the charge, you have a choice. You can either accept my free gift of freedom or, though it would be a strange option, you can reject my offer and choose to go to jail anyways.

Christ's redemption of all mankind is analogous to my paying off your $10,000 charge (to "redeem" literally means "to buy back" or "to restore.) Christ has paid the debt for every person, but you still have a choice whether to accept that act of redemption--it's not forced on you. You make your choice by how you live your life and who you worship: God or yourself, self-giving love or self imprisonment."

Email ThisBlogThis!Share to TwitterShare to FacebookShare to Pinterest
Labels: Misunderstandings

I was walking around my town with a book, looking for a good home for this much beloved work that had been lovingly bound by time and words and pictures. I finally came upon the magic portal that would perhaps lead me to the destination I so greatly desired– publication. The Publishing Land that stretched before me was a minefield and I, just a hop before square one, observed, "Gee, this is a whole lot less exciting than I thought. There seems to be a lot of squares for waiting, and the coffee isn't even free." 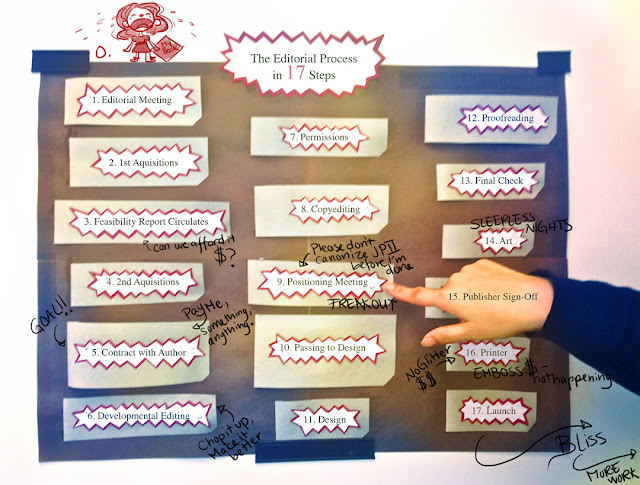 Email ThisBlogThis!Share to TwitterShare to FacebookShare to Pinterest
Labels: Lolek

Hola! I spent a week in Guadalajara, Mexico. I had a happy, happy time and wish my cousin, Gina a grace-filled marriage!


I sketched a little while I was there. I made the drawing below as a favor to my cousin who celebrated his six month anniversary with his girlfriend. 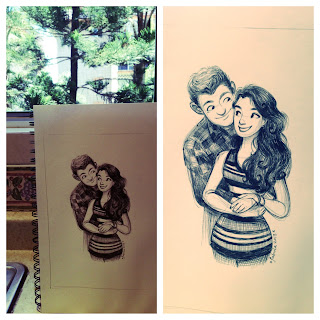 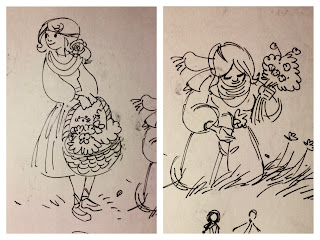 I stayed at my Tita's house and sometimes I got bored so I drew things in the tv room (not the boy character, he wasn't there.) 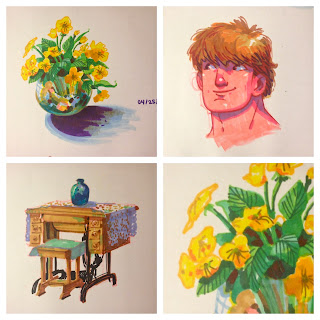 Lucia's horse and a forest fairy 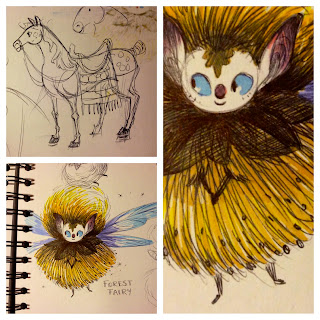 Also, I discovered PicStitch while I was there... 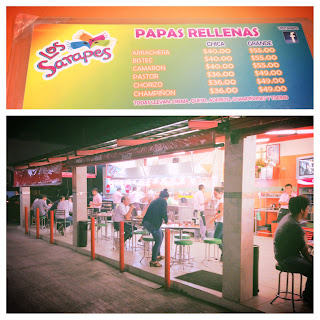 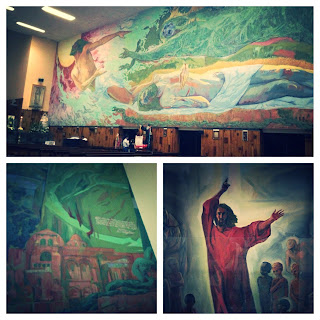 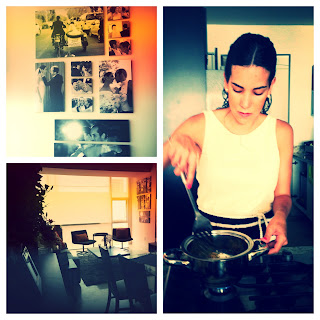 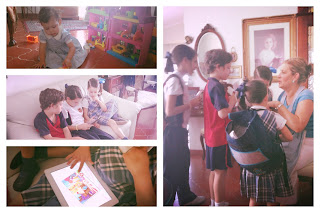 Auntie with her grandkids. They played a game I drew the backgrounds for! 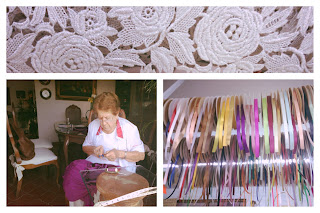 Trip to the fabric store so Tita could use her magic fingers to fix a dress. 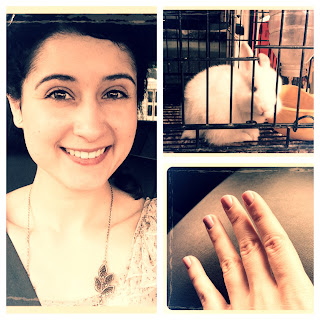 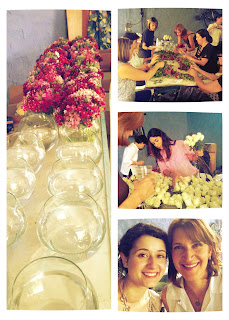 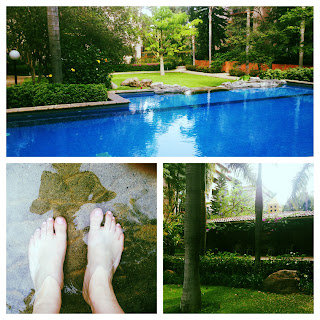 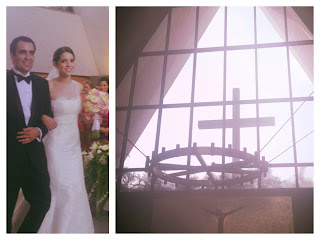 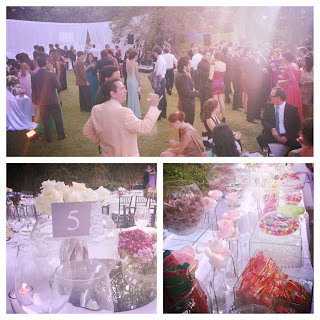 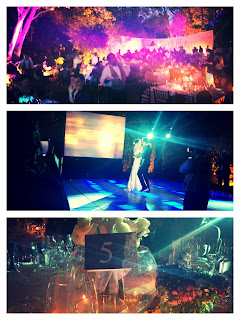 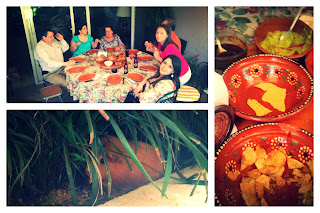 I decided this is a very effective way to capture the essence of a trip without taking 300 pictures. You can have the 300 pictures, but no one wants to see 20 pictures of the same building.
~

Now I'm home, working for Hasbro and Hitpoint Studios, still hoping very much that Lolek (my book project) becomes a reality soon. My hair is two inches longer and my kitty had his first surgery for swallowing something stupid. AND the sun and warmth is back and I feel like I could fly.

Question: If you could live and work anywhere in the world where would it be and why?

Enjoy the spring and summer my season bound friends, and may the gentle Lord kindle your hearts.
Posted by -fabi- at 1:00 PM No comments: