Days in the Diocese

You’ve begun the first chapter of this travel diary! Congratulations! If you haven’t read the intro do so now or be confused about what this entry is about.

I went to World Youth Day with my young adult group called Y. H.O.P.E. Thirteen of us managed to go.

The flight to Spain was uneventful except for the fact that I was dreadfully embarrassed of my knee-hi stockings that I wore to help circulation in my legs during all that sitting down time. I managed to whisk them off when we arrived in Cordoba and were met by our fashionable host families. At least they looked fashionable to me. I might have imagined them wearing couture because of my anxiety over my stupid, granny stockings that never saw the light of day again. But I’m happy to report that they worked marvelously. 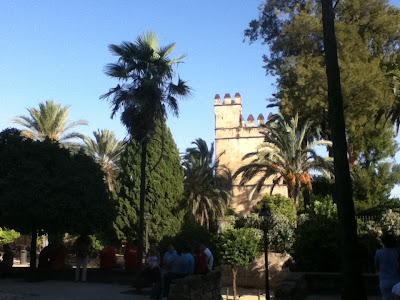 We had no idea we were staying with host families for the first part of the our trip. YUSS! Linda (the only one who brought a rolling suitcase) and I stayed with the Zamora family. Both parents are professors and they have three children. The girls were especially lovely. They both love to draw and we talked about their dreams of becoming fashion designers.

We were slowly introduced to other groups who were going to spend some time in Cordoba before going to Madrid for World Youth Day. This time before WYD is called Days in the Diocese. In our case Cordoba was our host diocese*.

*Diocese: Area under the care of a Bishop

We were invited to countryside for some food, fellowship and swimming a couple of times. There was also sightseeing, and a procession (where I met some Australian and Polish peeps). 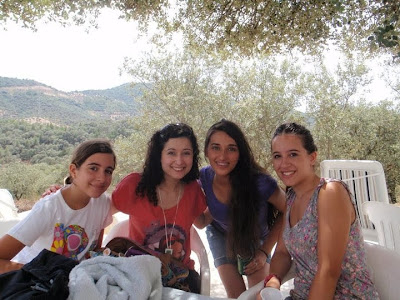 In the evenings we had Mass with the Bishop and then there was music and dancing outside of the church. 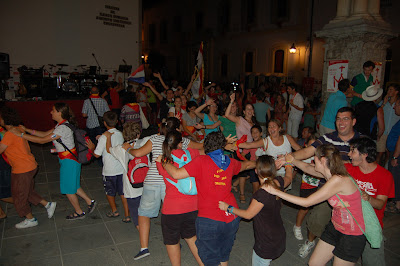 I met people from Spain, Southern France and Canada. Prayer and worship continued inside the church so if you got tired of too much dancing (not possible) you could go back in and pay our Lord a visit. 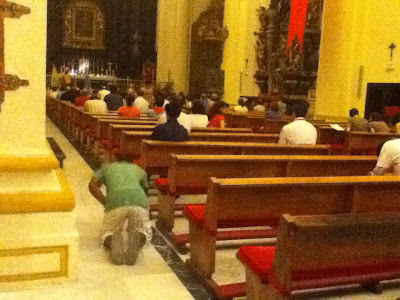 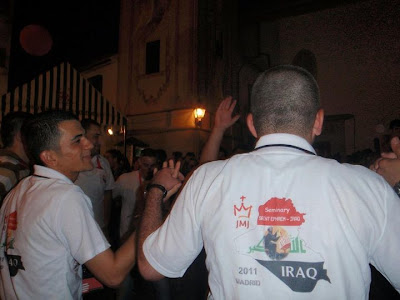 Seminarians from Iraq, who suffer persecution in their own country for their faith (kidnapping, death, etc) danced until dawn. One of them I was told had just gotten out of jail recently. 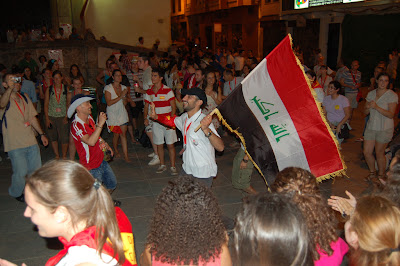 As our send-off Cordoba held a mini-World Youth Day with the Bishop. There was a theatre performance, testimonies, singing, adoration and sleeping on the grass.

The play on the life of Jesus was silent but the music and artistry left me a bit dumbfounded. I just didn't expect something like that. And then they used a song from Prince of Egypt for their end number and I squealed like a two year old. The Bishop of Cordoba danced with the little kids with "There Can Be Miracles" in the background and Marie (our fearless organizer) was about to bawl. All I could think was how it could possibly get any better. How could Madrid be better?

After the play there were testimonies, but the one that made everyone fall silent was the one given by a Bishop of Iraq who had suffered greatly but was so touched by the joy around him.

Then there was adoration. The monstrance* for the Eucharist looked like a spaceship made out of gold. It's a treasure from the 16th century and it was brought out especially for this occasion.

*Monstrance: Basically a display case for the Eucharist while adored. Most of the times it's in the shape of a radiating sun.

No matter how cool this was we were tired and so we slept on astroturf for a few hours then woke up for Mass. I was very sleepy, but I did write down in my journal a bit of the Bishop's sermon that struck me.

"Satan throws our sins in our face to discourage us but Christ's victory is also ours." 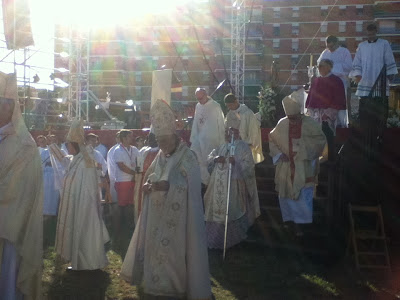 At the end of Mass the heat was intense. Spain is hot and dry at this time, about 100 degrees and we had to get our behinds to the train station so we could get to Madrid. We put on our hiking bags and walked for about forty minutes. This quirky spanish lady decided to befriend us and insisted on walking us there. She gave us cookies and we let her take snapshots of us with american flag. Win-win! In Spain most people looooved americans others, mmm not so much.

At the train station Linda and I had a lot of coffee and tea and Brian fell asleep on his laptop. The rest is sort of a blur until we arrived at Madrid, where I was told I'd be able to shower and see the Pope.

Yay! You've finished this chapter! Hurrah! Stay tuned for showers in a garage, nun watch, meeting a fellow blogger, Metro parties and much much more!

Hi, I am a new follower. I went to World Youth Day as well! I am looking forward to hearing about your experiences!

I was so touched about the Iraqi seminarians. They have so much courage!

Hi Katy! Thanks for following! What group did you go with?

I went with the Archdiocese of Milwaukee!

I loved this post and am looking forward to hear more about the WYD. I've been popping in here every now and then and enjoyed your post on Virtuous Pla.net.