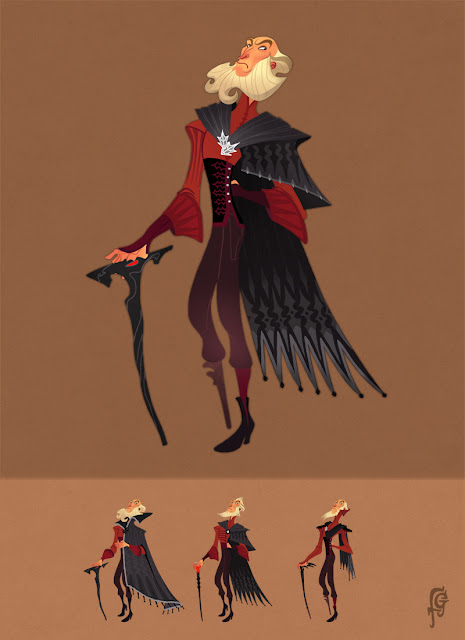 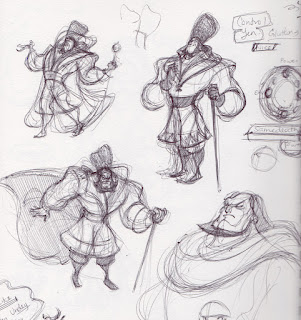 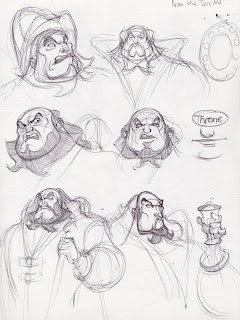 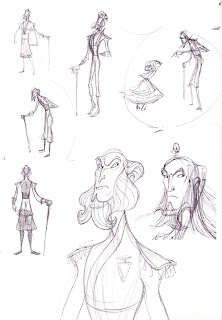 Prince Tremor is one of the most complex and exciting characters I've had the pleasure of creating these last couple of weeks. It was my first time putting myself in the shoes of a male villain, because even though can't remember ever really developing a female villain I understand female villainy better simply because I'm a girl. I had a grand time with a few guy friends of mine throwing ideas back and forth. So far I can give you half the story because the other half is meant to be a surprise way down the line.

Prince Tremor the Minor, was the younger brother to a King that died during an uprising in the first year of his reign. Prince Tremor was able to save his little niece from the same fate but he lost his leg and he was left lame, needing a cane to get on. He wasn't that bad back then. He was cowardly and resentful for sure, but his champion of a brother was always kind to him and his niece loved him. It was only when the princess grew up and began to be embarrassed of him and became infatuated with riches and the attention of the court that blackness began to well up in his heart... and then he met The Mirror who whispered sweet things in his ears and promised him respect, brilliance and the ability to stand upright. The Prince Minor lost himself in The Mirror and he lived in the black and spread it with every click of his heavy, terrible cane.

I just love your art! I'd love to see more about the process of creating your characters.

{Really nice progress. How did you decide to go from a thicker to thinner man? I would of loved to see more gestures from the other as well. But he turned out nice! I like the two types of capes that he wears as well.