The Tale of January 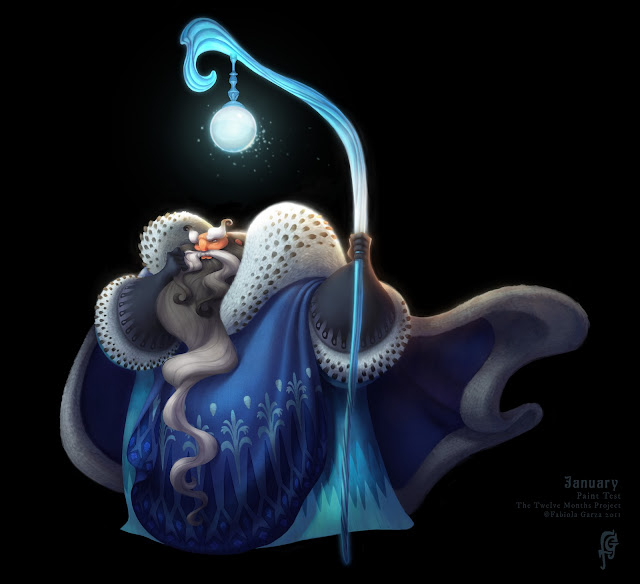 "To see him you'd think he'd be cold to the touch, but his hug was so warm it saved me from the frost that had nearly gone to my heart. And here you find me safe and sound, as whole as when I went into the forest. I don't think I'll be afraid to go play there anymore."
-Lucia, the morning after the snowstorm.

January is a very important character in the story of the Twelve Months. January holds the keys to the the New Year. He is commonly referred to as The Doorway.  He is the oldest and wisest of the months and can't be bothered with the petty quarrels of his younger brothers and sisters. He is the first to meet little Lucia and saves her from the deadly snowstorm that swept up the land on a quiet winter night. She becomes a little light in his life and him in hers.

The Twelve Months is a Concept Project that is inspired by the Russian fairytale by the same name, which I am recreating in my spare time. It may become a graphic novel or children's book but for now it simply remains a world of fancy I visit sometimes. Please visit the other pages under the tag of Twelve Months for more. 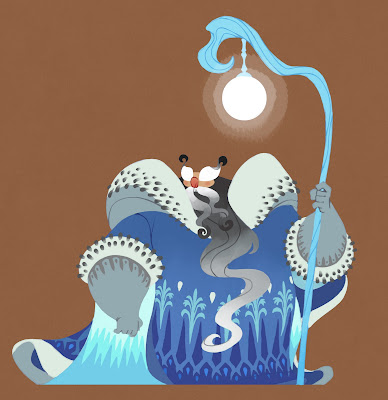 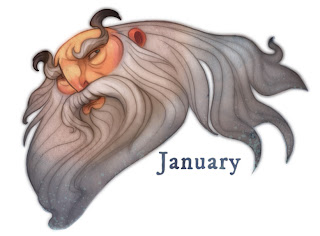 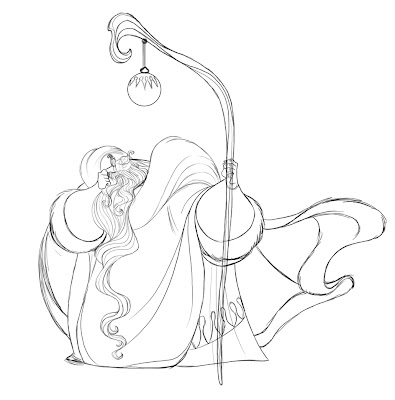 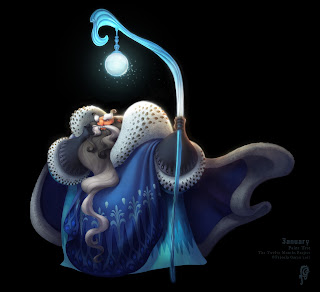 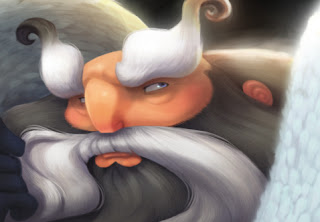 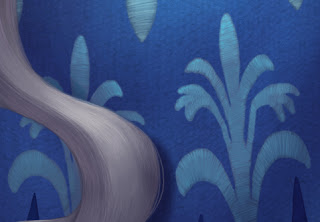 A Happy Thanksgiving and Winter to you all!

Thank you! I have been waiting for more of these... I love seeing creative and inventive art.

This is really impresive!!

He's wonderful! I'm on the fence about whether the black background works or not, though...

Great to see it all!

I love these! Thanks for sharing!!